The following article aims to explain Relationship Float and how to view these values for users of Primavera P6.

Total Float and Free float are well established and understood aspects of CPM scheduling, however less well known is Relationship Float, which can be considered as the float (or duration) through a relationship that will drive successor activities and create criticality. Where zero relationship free float exists, that relationship is considered to be a driving relationship, as any delay to the predecessor will impact the successor.

It should be noted that if an activity has only a single successor, then the successor relationship float values will automatically equal the float values of the activity itself.

Murray Woolf in “Faster Construction Projects with CPM Scheduling” wrote that ‘the majority of project slippage occurs between activities’.  Relationship Float between activities should therefore be an important consideration when scheduling, to understand the interaction between activities, any values of lag to be applied, and the extent of delays to predecessors effecting successors.

Consider the following basic schedule, and note the critical path passing through A>B>C and the driving and non-driving relationships between other activities. 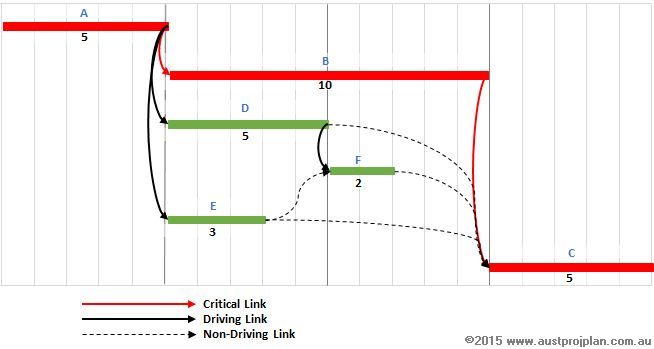 After calculating the forward and backward pass, activity float values for Total Float (TF) and Free Float (FF) can be determined, but also calculated are values of Relationship Total Float (RTF) and Relationship Free Float (RFF), as shown in the diagram and summarised in the table below. 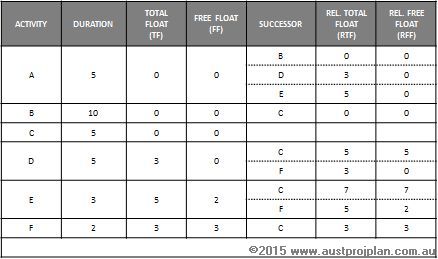 The above example, as shown in Primavera P6 below shows the values of activity Duration, TF and FF, and the Gantt chart can indicate, driving, non-driving and critical relationships. However, values of RTF and RFF are not shown by default. 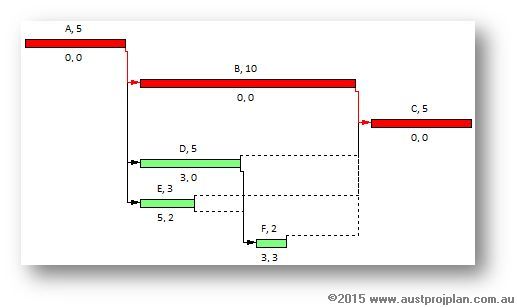 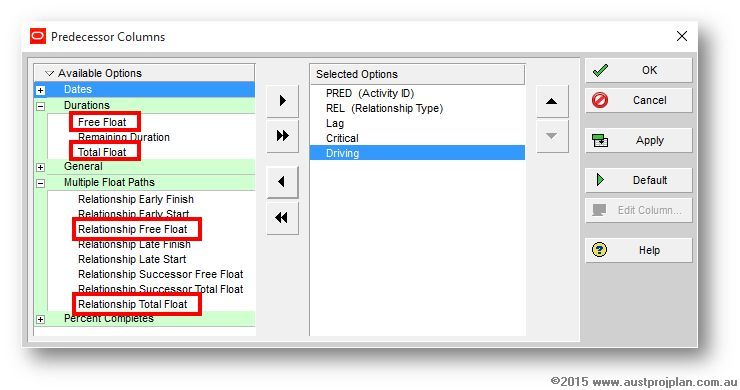 With Primavera P6, values of lag can be added to relationships -these lag values will reduce relationship free float and can ultimately drive successor activities.

A far more interesting and thought-provoking use of Relationship (and activity) Float is through the concepts offered by the Graphical Path Method, that is, activities and their relationships can occur within the values of Total Float (Drift + Float) available. Below are Netpoint diagrams of the same sample schedule, and the same activities now occurring within their available Total Float values (without having to define values of lag). 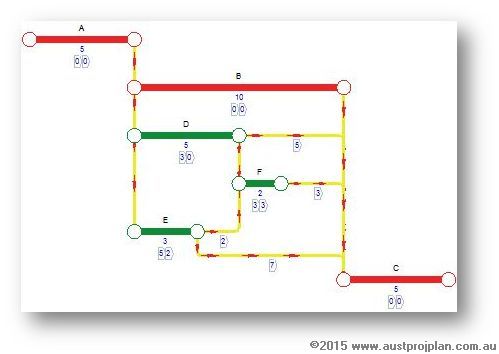 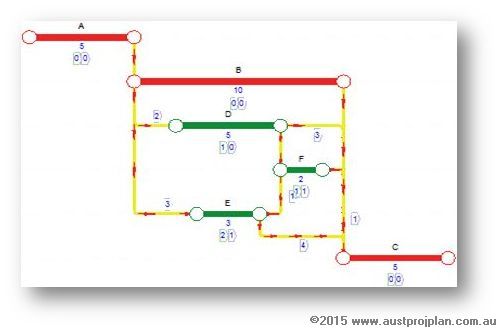