Primavera P6 lets users create schedules with relationships between activities across multiple projects. While useful for working on schedules that require such relationships, occassionally these relationships can create issues, particularly if working in copies of projects that may contain relationships to other projects when these are not actually required.

Identifying where these exist between projects is not exactly easy within P6 itself. This article will show a method using P6 Admin Reports to list these relationships in opened projects, and as the report is stored within the database, it can be applied across any set of projects in the same database.

Links to sections below

Designed to work with your existing project schedule data

Check that the required Projects are open

When in the P6 Projects view  Check that the projects to be inspected for inter-project relationships are all opened. The top bar of the P6 window lists the currently opened projects. 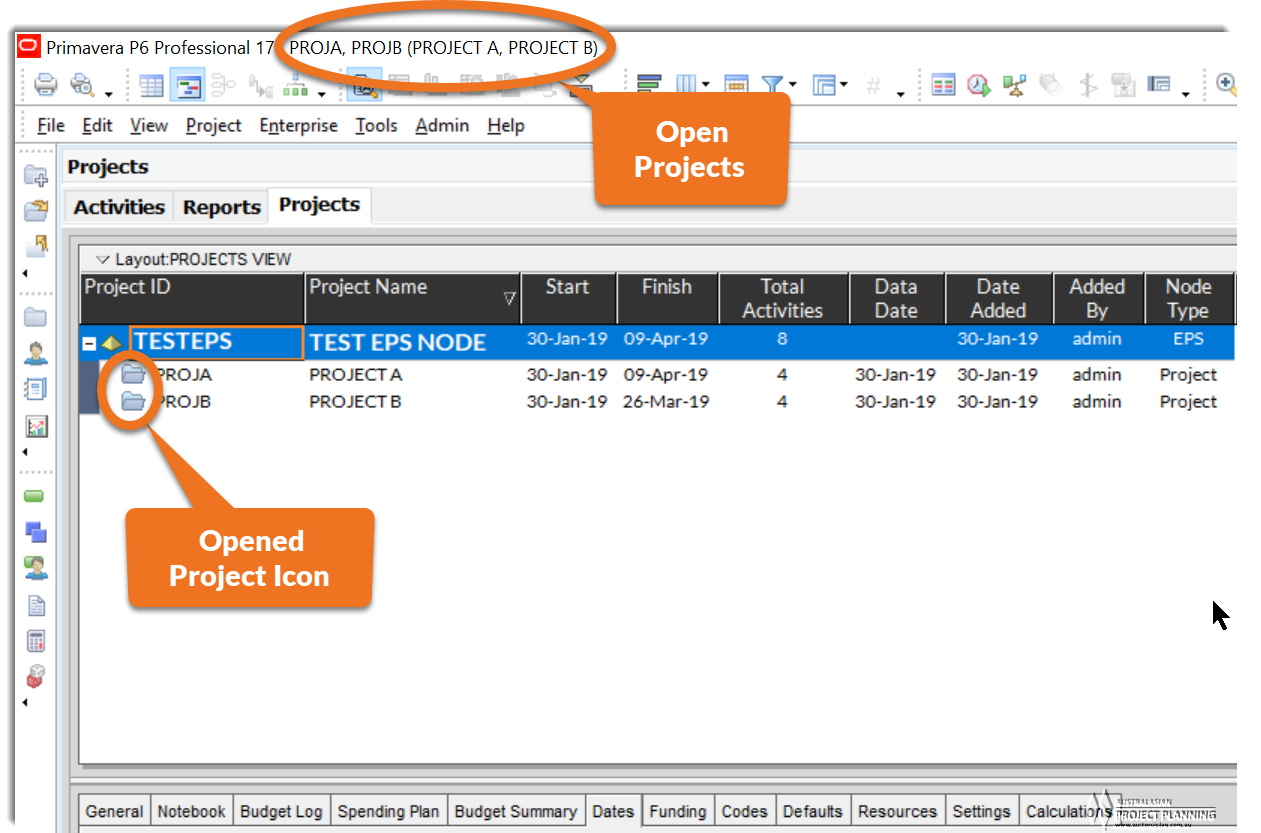 We’ve provided the required report in a zip file that can be imported into Primavera P6. Note that these reports were generated in P6 release 17.12, but should be compatible with most other releases of P6.

Disclaimer: This report is provided “AS IS”. Australasian Project Planning offers no guarantee on the accuracy or completeness of the results from this report, offers no support for this report and will not be liable for the contents and use of this report. For enquiries contact us at info@auaspp.com.au or visit our website at http://www.austprojplan.com.au

Extract the Zip files to an accessible directory

This step requires users with the security privileges to create/import P6 reports. 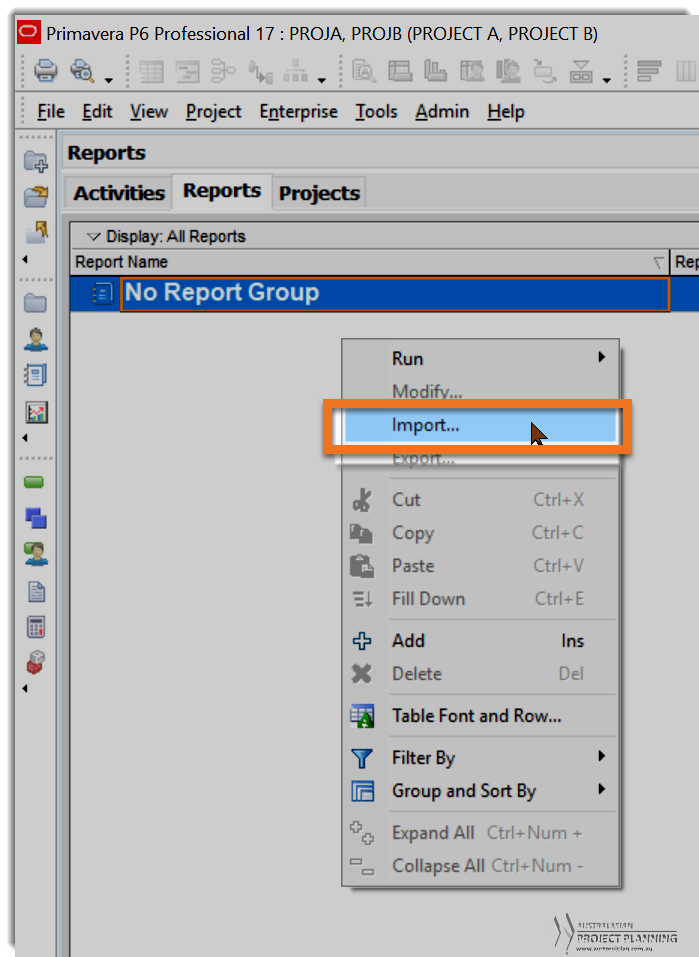 To produce a printed report that lists all relationships including inter-project relationships, make sure the required projects are open, then run the report titled Activity Relationships – Grouped by Predecessor Project: 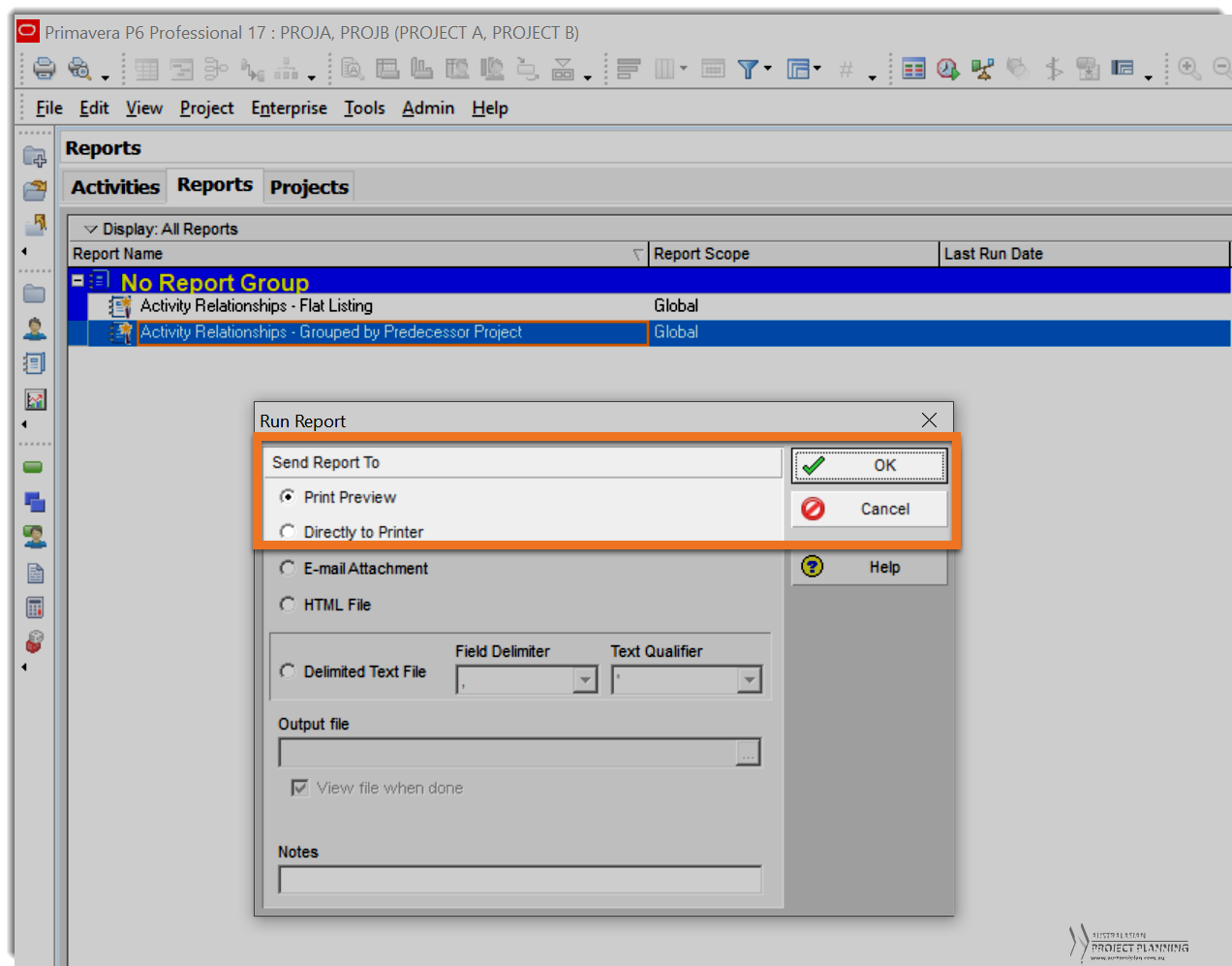 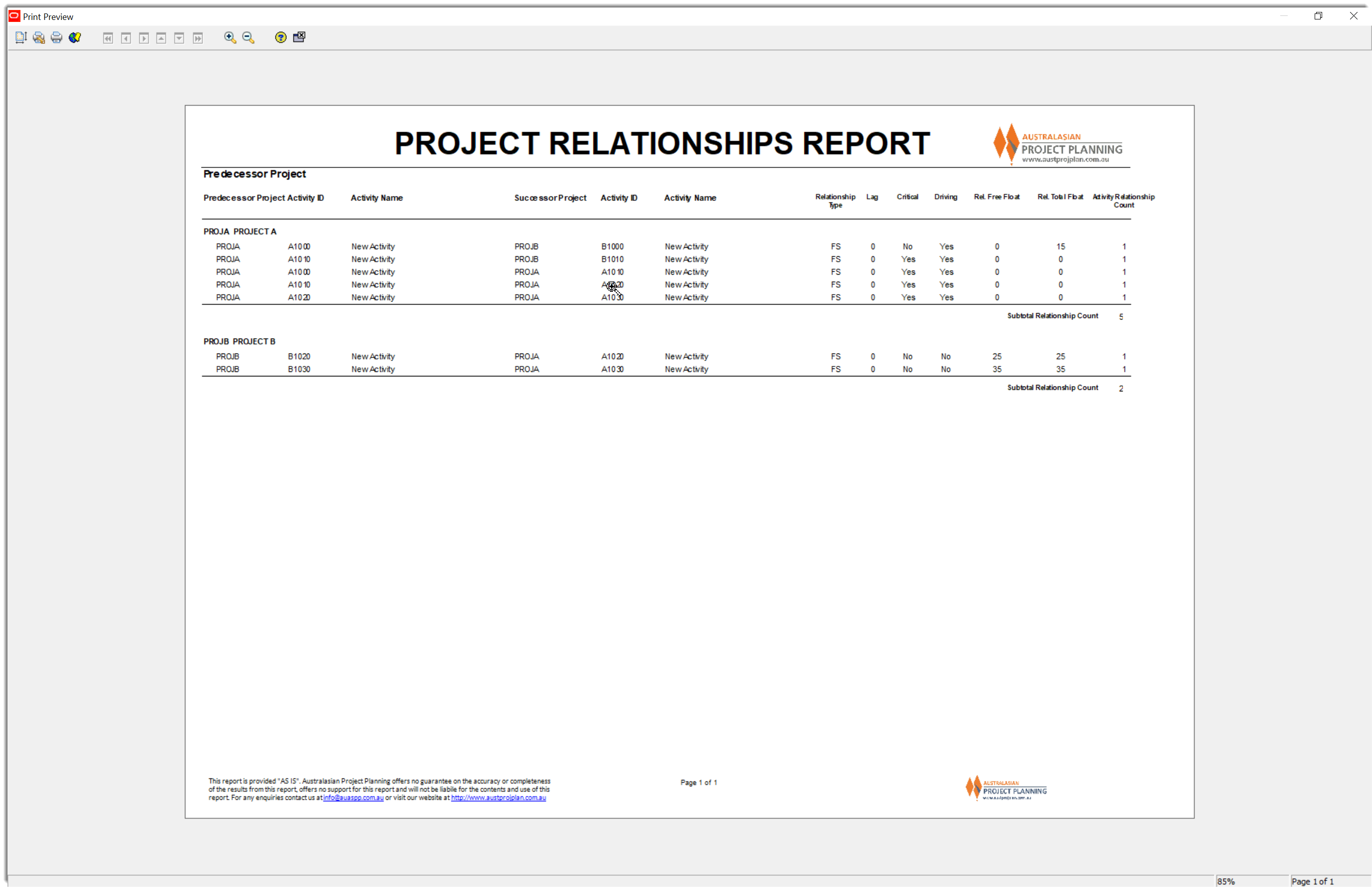 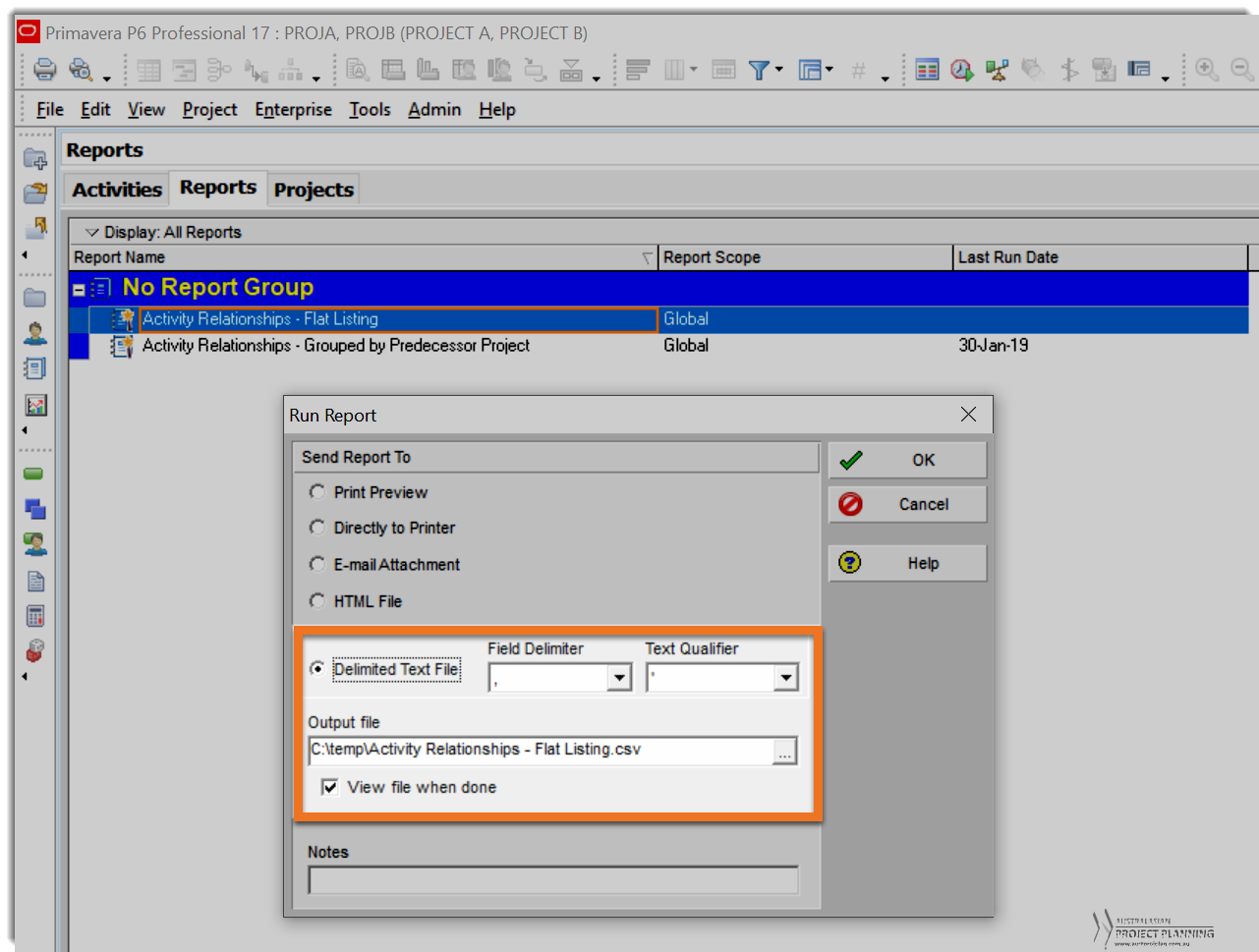 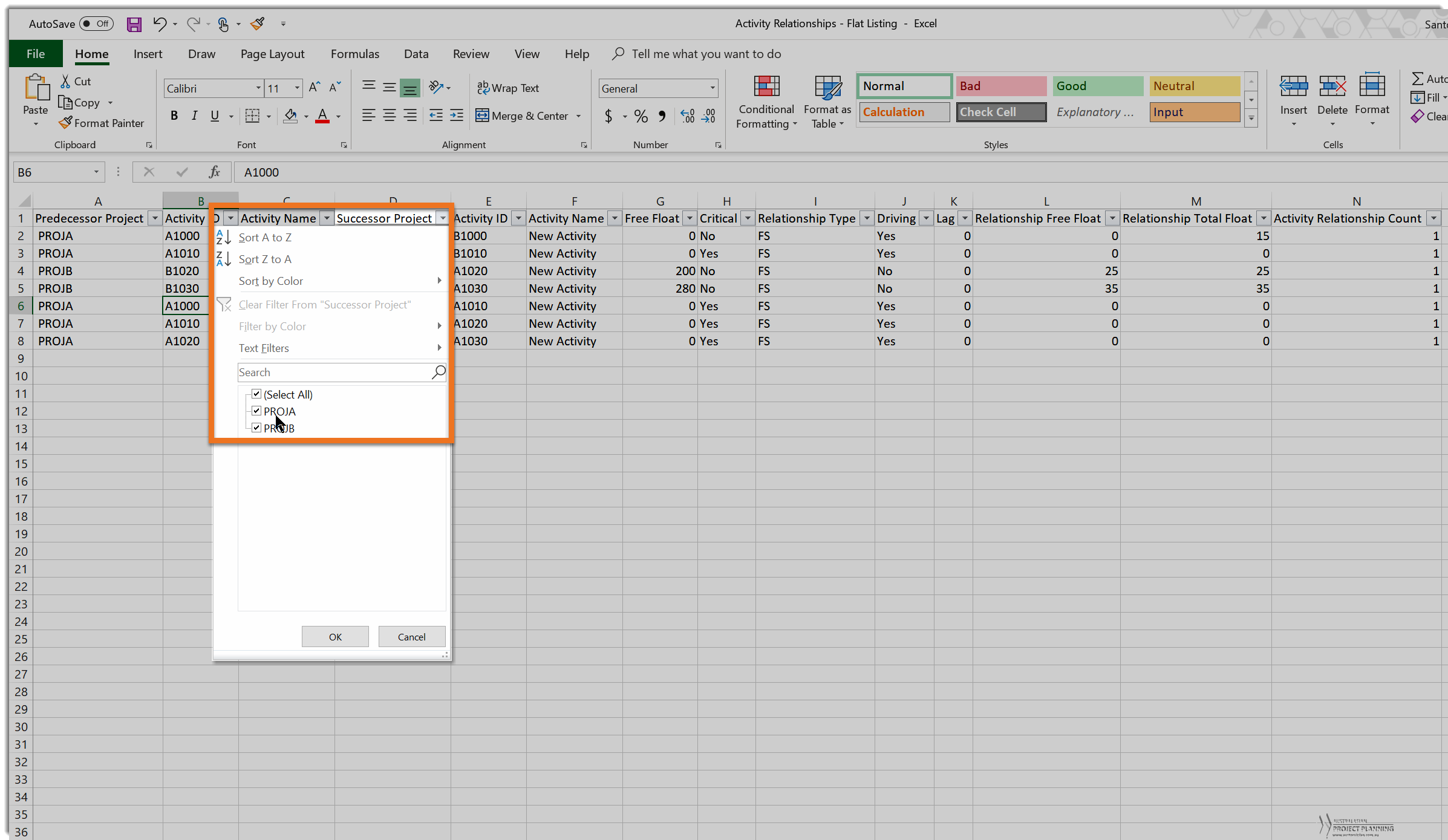